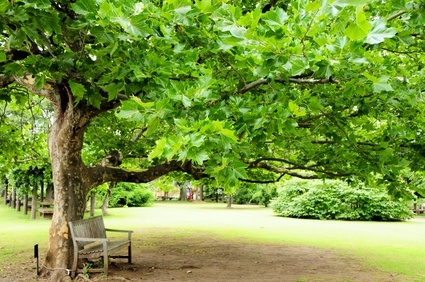 Everything you need to know about the ash tree, from identification tips to typical characteristics; a step by step lifespan; how to prevent disease and the best methods of ash tree care.

The ash tree is a native UK species of tree that is often used for ornamental bordering thanks to its tendency to grow in groups, and its attractive leaves and highly elegant, graceful appearance. It is Britain’s third most common tree and pretty much dominates UK woodland.

How to Identify the Ash Tree

Buds: Sooty black with a prominent larger bud at the end of each shoot. Shoots are grey in colour. This is probably the most obvious feature of the ash tree and the best method of identifying it during the winter when there are no leaves present.

Leaves: Leaves are compound, in other words, made up of numerous leaflets. Leaflets are in pairs along opposite sides of the stem with the exception of the terminal leaflet at the end. There are usually 3-6 pairs and each leaflet is serrated in an irregular pattern, rounding at the base but pointed at the end. The leaves of the common ash are a vibrant green colour on top and lighter in shade underneath. Leaves don’t tend to appear until late spring and will be the last to fall in the autumn, mostly whilst still green but in some cases turning golden yellow beforehand.

Bark: The young ash displays smooth bark of a grey colour similar to its twigs. As the tree ages, so the bark lightens in shade to beige-grey, but maintains a fairly smooth appearance until the tree comes of age. Eventually the bark will start to display fissures and once it reaches full maturity these will become quite pronounced and the bark dark grey in colour, appearing more like a mature English oak.

Seeds: Once the flowers perish and have been pollinated, seeds form in clusters. These are more noticeable than the flowers and look like winged keys, a bit like sycamore seeds, although with just a single wing. The keys start out green but by autumn they will be brown and will usually remain on the tree after the leaves have been shed. This is one of the easiest ways to identify an ash tree in the winter.

The Lifespan of an Ash Tree

Seed: The ash tree starts life as a single seeded winged key which becomes airborne and, if not consumed by passing wildlife once it falls, plants into the ground and begins to germinate.

Sapling: The seedling becomes a sapling after around a year’s worth of growth. Branches start forming in opposite pairs during the sapling’s development, with budding on opposite sides. The young ash sapling is known for its resilience against atmospheric pollution and high winds.

Young tree: The young ash tree grows fast in full sunlight and displays a smooth, grey coloured bark that gradually starts to take on a beige-grey tone and slightly fissured appearance as the years pass.

Adult: By the time the ash tree reaches 60 years of age or thereabouts, depending on environmental factors, it will usually have reached its maximum height and can be considered in its adult years. By 150 years of age the ash tree is thought of as in old age, although if it has been regularly coppiced (cut back to ground level to stimulate growth) then it could well see the grand old age of 400 years.

Ash trees are very inviting when it comes to wildlife and plant life. Wildflowers like dog’s mercury, dog violet and wild garlic are typical neighbours for the ash tree, enjoying its sun drenched woodland floor and themselves attracting a range of insects including rare butterflies.

The winged key seeds are favourites for bullfinches and owls, and woodpeckers enjoy nesting in the ash tree. Dormice also choose the ash tree above other species because they appreciate the conditions offered by the hazel understory which often accompanies it.

Ash tree leaves are a diet staple for caterpillars and all sorts of moth species including the privet hawk-moth, the coronet, the brick and the centre-barred sallow moth.

The ash tree was referred to as the ‘Tree of Life’ in Viking mythology and is still regarded today in Britain as a healing tree. Throughout history the ash was thought to have mystical and medicinal properties.

The Importance of Ash Trees

Ash timber is incredibly important in the tool making industry as well as in sporting circles, regularly used to make sport handles, hockey sticks, oars, hammers, spades and axe handles. Ash is also a very popular timber in furniture making and as it does well when coppiced, it is also widely used as firewood and charcoal.

Caring for an Ash Tree

Ash tree pruning is essential to assist healthy growth, but it is vital that the correct pruning methods are employed otherwise there is a risk of inflicting serious damage on the tree. Proper pruning early in the tree’s life will lead to a reduced need for care once the tree reaches maturity.

The best methods of tree pruning for the ash tree are crown reduction, crown lifting and crown thinning. These will promote airflow and sunlight penetration which will help to keep the tree healthy. Ash tree coppicing, that is cutting back from the base of the tree, will also encourage growth and will often lead to the tree living a much longer life.

In addition, regular removal of diseased, broken or dead branches will keep the tree at its optimum and pruning will also help to prevent pests and other elements that can cause decay from infecting the tree as a whole.

It is important to be aware that pruning slackens growth whilst instigating bud development and that this is crucial for the healthy development of the tree. If entire limbs are removed for any reason other than being dead or diseased, the tree could experience lasting damage.

The best advice is to use a qualified tree surgeon to undertake the work in the name of preserving the health of the tree and promoting its growth.

If you have an ash tree on your land that needs expert tree care, why not talk to Tree Works? As fully qualified and highly experienced tree surgeons, we are able to offer extensive knowhow on all aspects of ash tree care. For a free, no-obligation quotation, give us a call on 07781 416 354 or get in touch here.